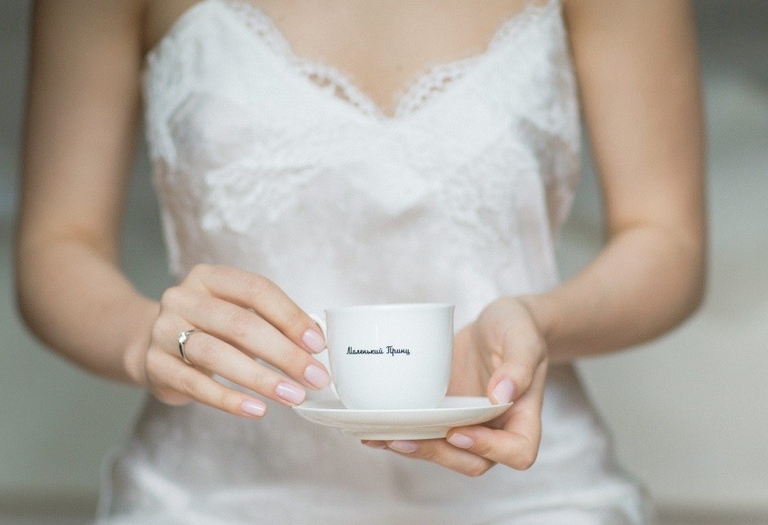 Constantine and Saule were a couple who were supposed to have an extraordinary wedding, unlike any other friend, because they themselves were bright and dreamy. Elizaveta Lopatnikova, PR-manager of the wedding agency Wedding People, told us about the creation of a fairy tale, which came down from the pages of the book in reality.

“Our agency did a large-scale wedding for friends of Kosti and Saule and they turned almost a year before the wedding, realizing that it is better not to rush and think about everything well. A lot of meetings and discussions took place until the very idea that suited this couple was found. Very thin and beautiful, in line with the story of Little Prince Antoine de Saint-Exupery.

Projects inspired by poetry or a novel, and especially a philosophical fairy tale, albeit very romantic, are not so common. Therefore, it was a happy occasion for the agency to integrate the images and texts of Saint-Exupery into the production of the wedding.

At the very beginning of preparation for the wedding, the bride already knew what color scheme she wanted to see in the design of the day: the basis for the colors of serenity and pink quartz. However, this combination of warm and cold we gave new meaning to it. Pastel blueish and lilac appeared weightless and airy. He gave the feeling of flying, which is primarily associated with the Little Prince’s travels. Pink quartz is the color of the barely blossoming rose that the protagonist loved so much.

Your friends become actors, directors and spectators at the same time. They take an active part in the “production” of the mini-book, flipping through which you can see an interesting story in a way we know from childhood. Only instead of figures that we once drew in the corners of a notebook on the pages of the book are printed frames from video.

The bride was born in Iceland, known for its unique and original nature. To make a proposal for his hand and heart, Constantine went with his beloved to this country, where on top of a sleeping volcano, he knelt down and asked the main question. That’s why the theme of travel and the incredible beauty of the world around us couldn’t avoid this wedding. The place of the ceremony, decorated in the form of a blue planet, was a reminder to the couple of their own world – a planet that belongs only to them.

By creating invitations to the wedding, we made the story of the Little Prince and his Rose on a planet like Iceland the main plot of illustration. It’s a whole world with volcanoes, geysers, lakes and green valleys. Each guest received a mini book about Saul and Kostya, illustrated with watercolor drawings, the title page of which reads: “Zorko is just one heart.”

In the process of preparation for the wedding, many themes and images from the fairy tale turned out to be very consonant not only with the attitude and spirit of a couple in love, but also with the main characters. The little prince, thoughtful and constantly looking for answers to his questions, was a wonderful prototype for Bones, and Rose, amazed by her bright beauty and inner fragility – for Saule.

The wedding was decorated with a huge number of luxurious white roses with a scent that is rarely found. Exupery writes that among the many wonderful flowers somewhere there is a single rose, which will be only yours. Her fragrance and beauty will be more precious to you than the whole universe. This is the idea that was taken as the basis for the whole concept. The planet was buried in roses, but the most charming was the bride, who was the only one he loved for the groom.

In the hall where the wedding dinner was held, everything was also subordinated to this idea – to show the uniqueness of each flower. We wanted to emphasize the natural perfection and sophistication of each rose instead of using large bouquets and floral walls, where roses merge into a single mass of flowers and lose their individuality. 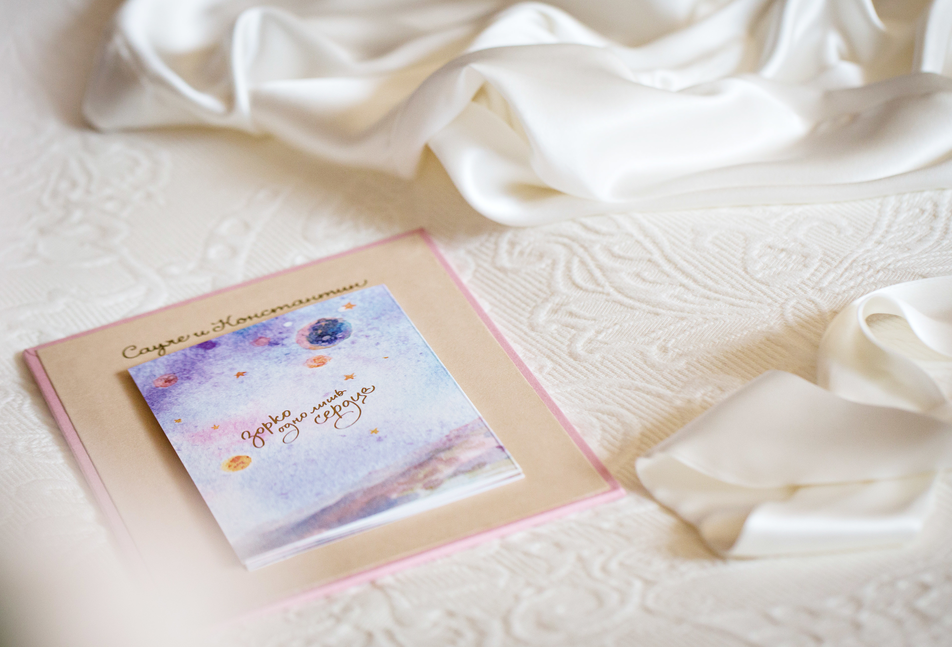 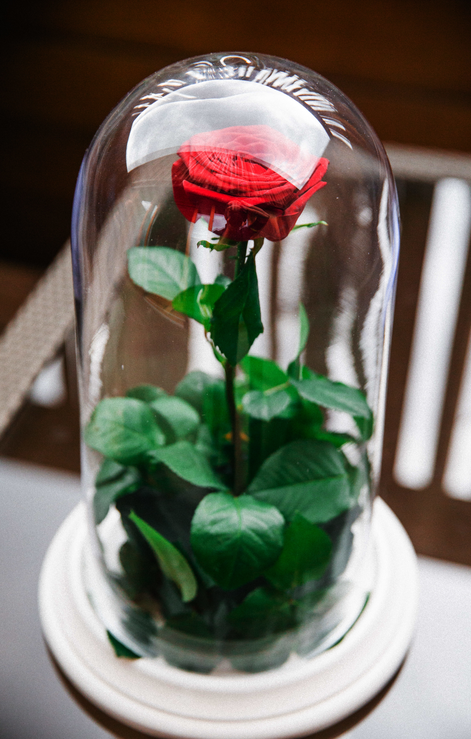 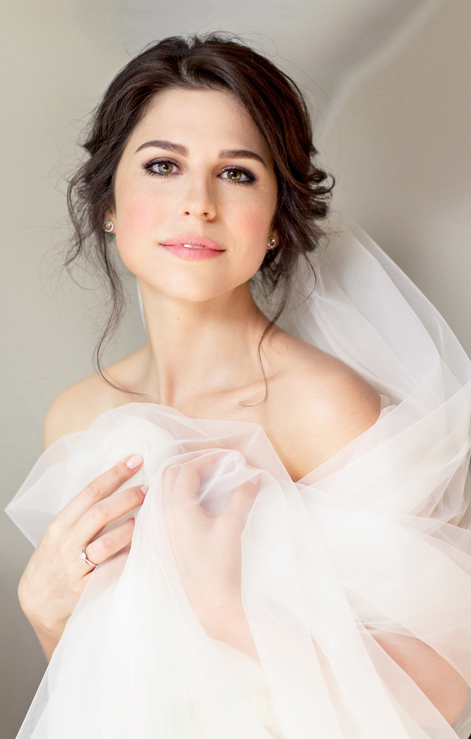 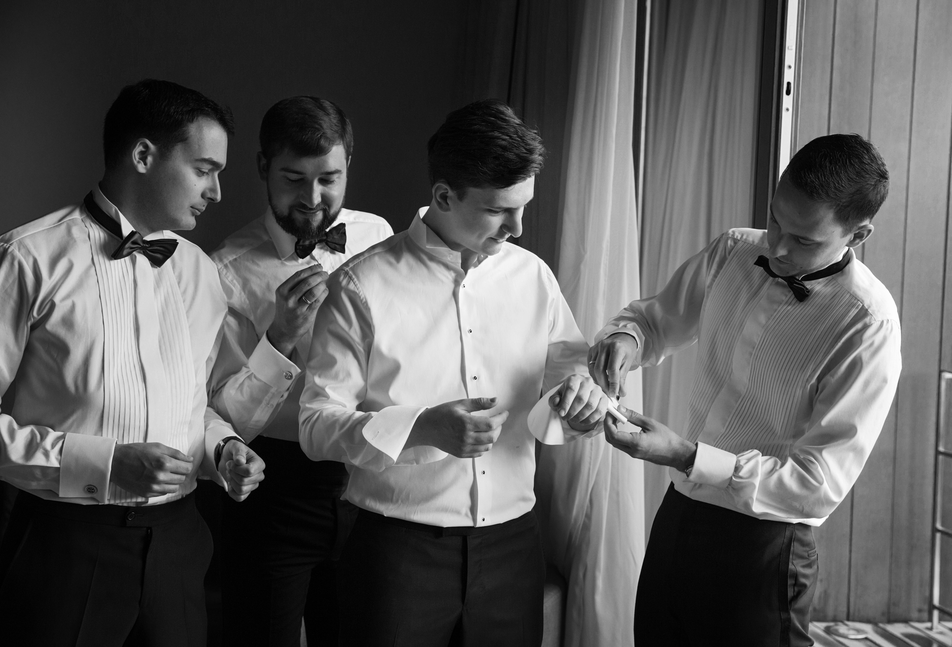 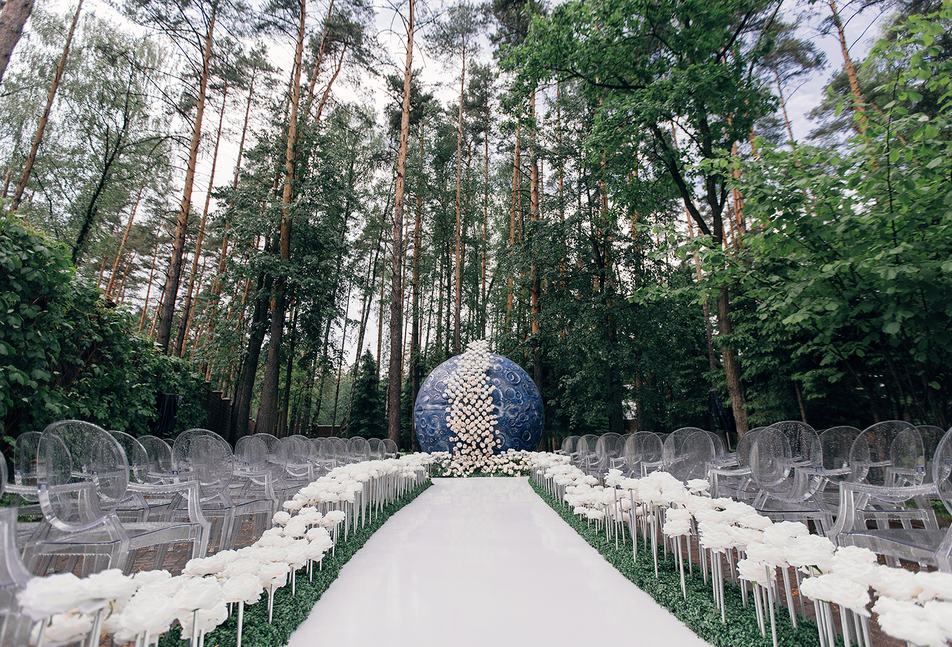 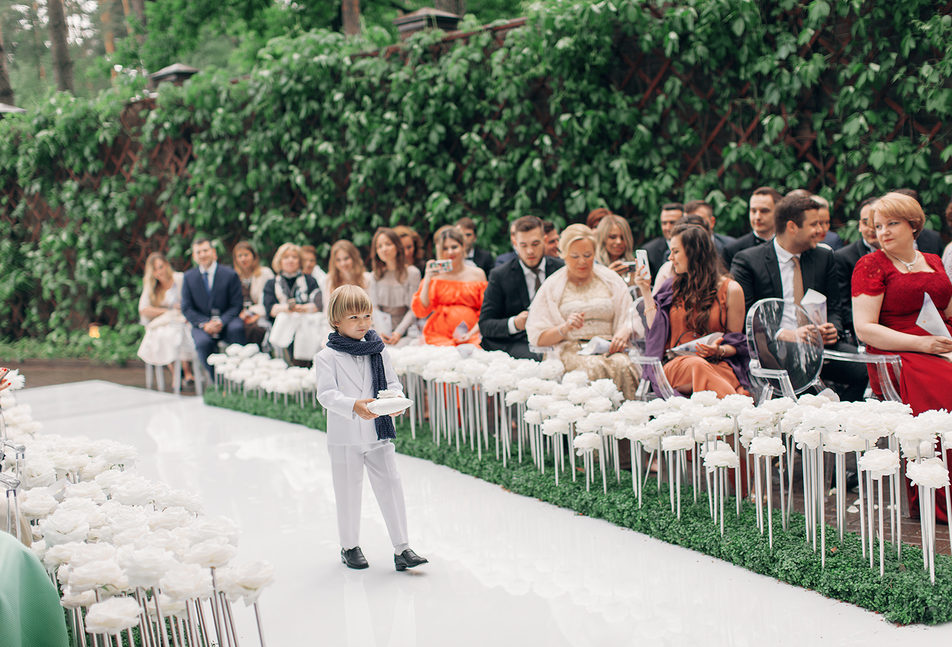 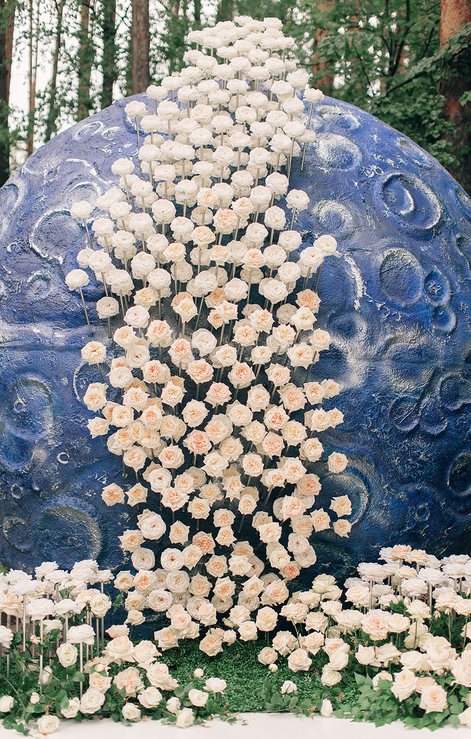 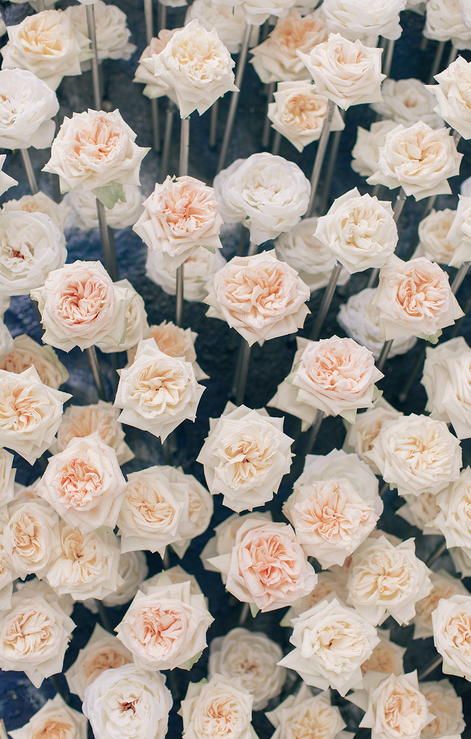 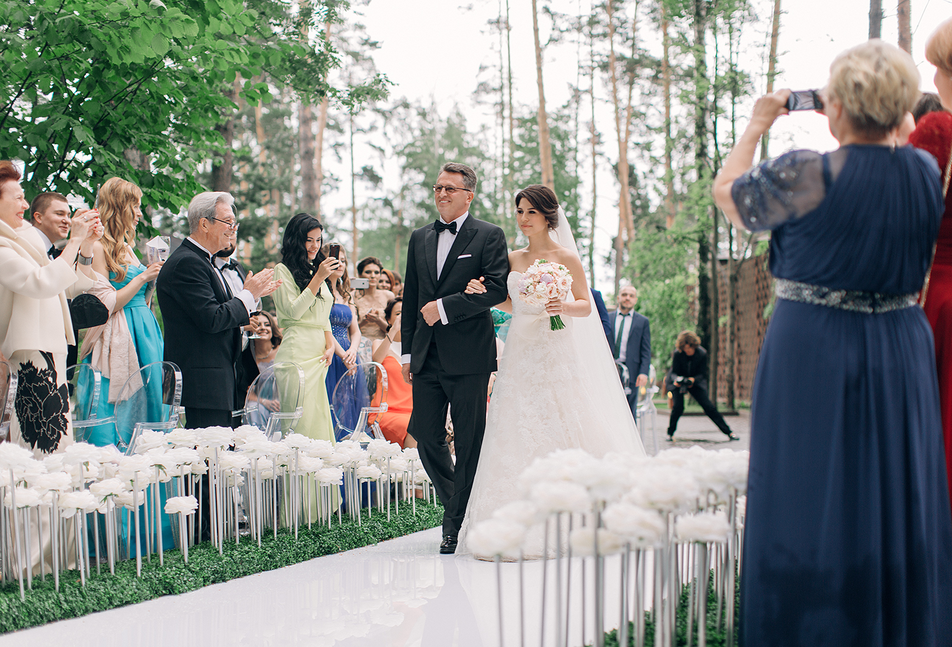 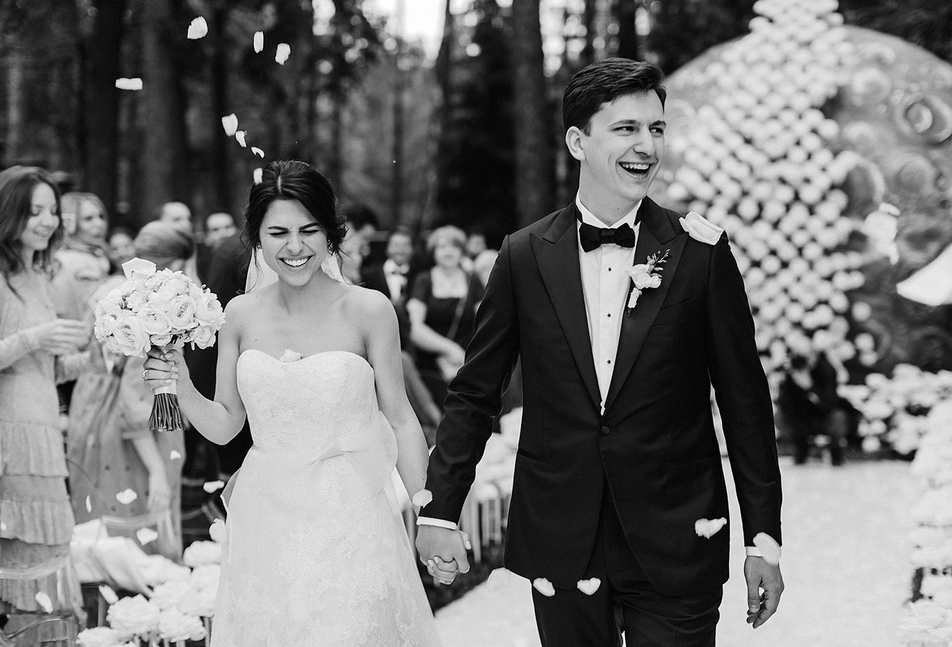 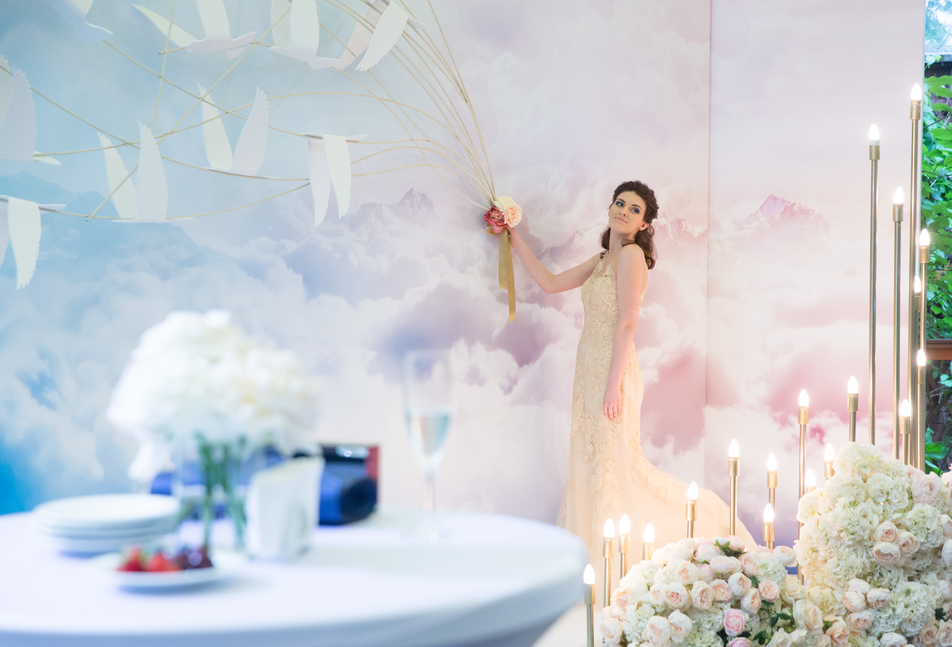 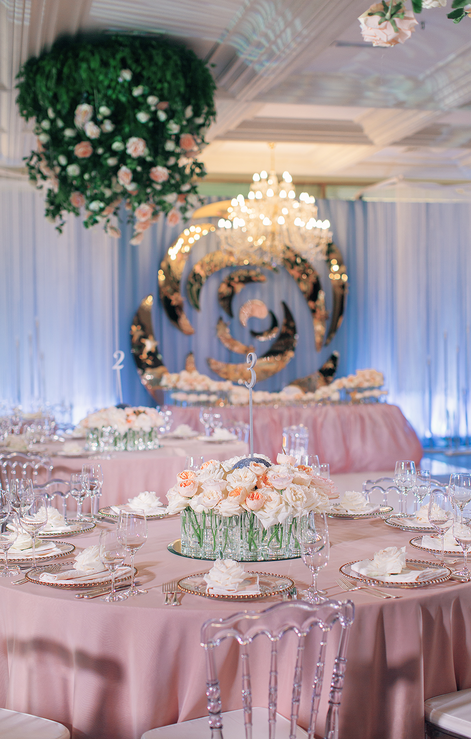 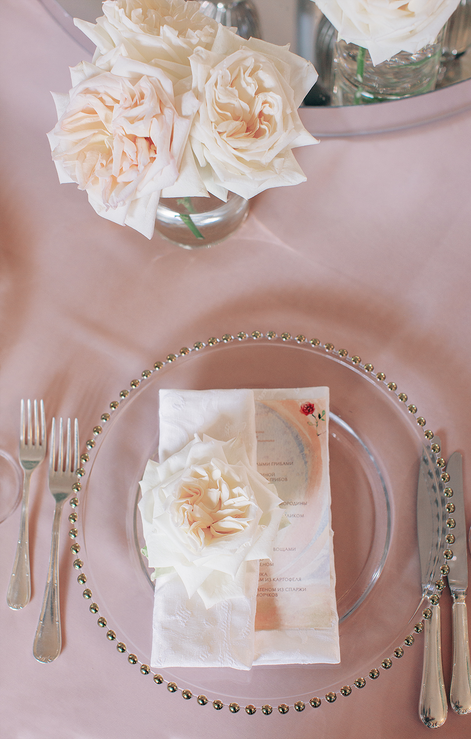 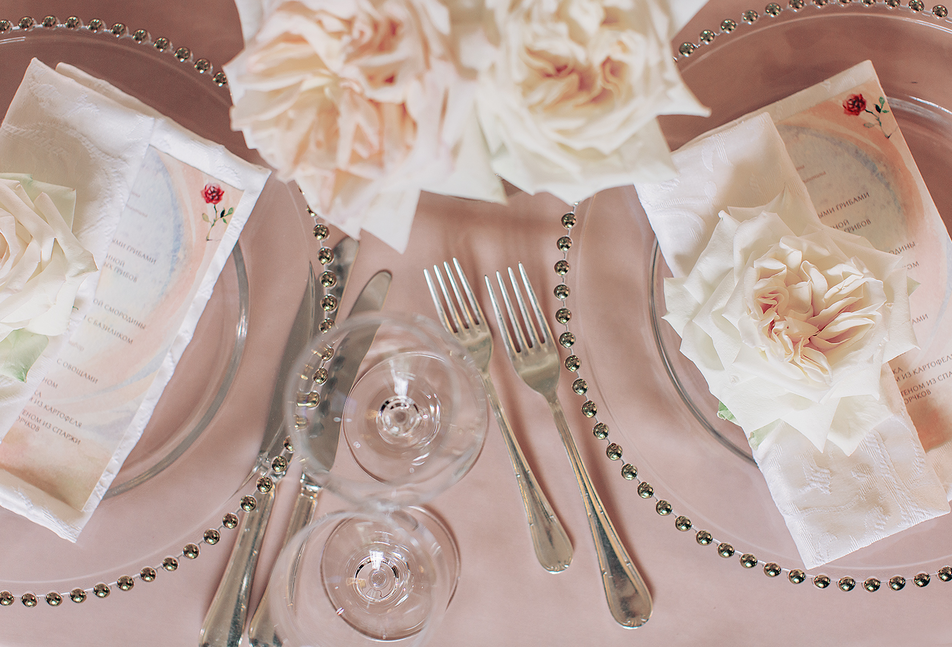 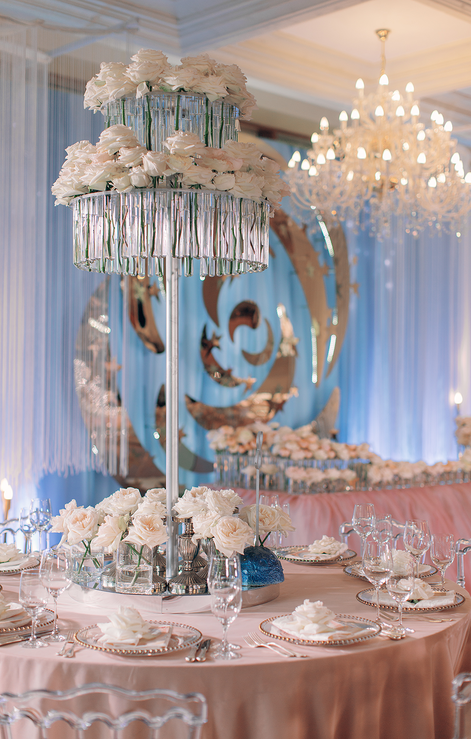 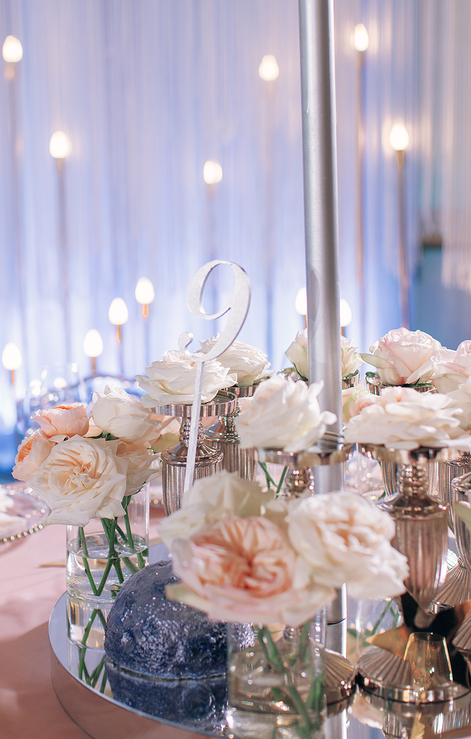 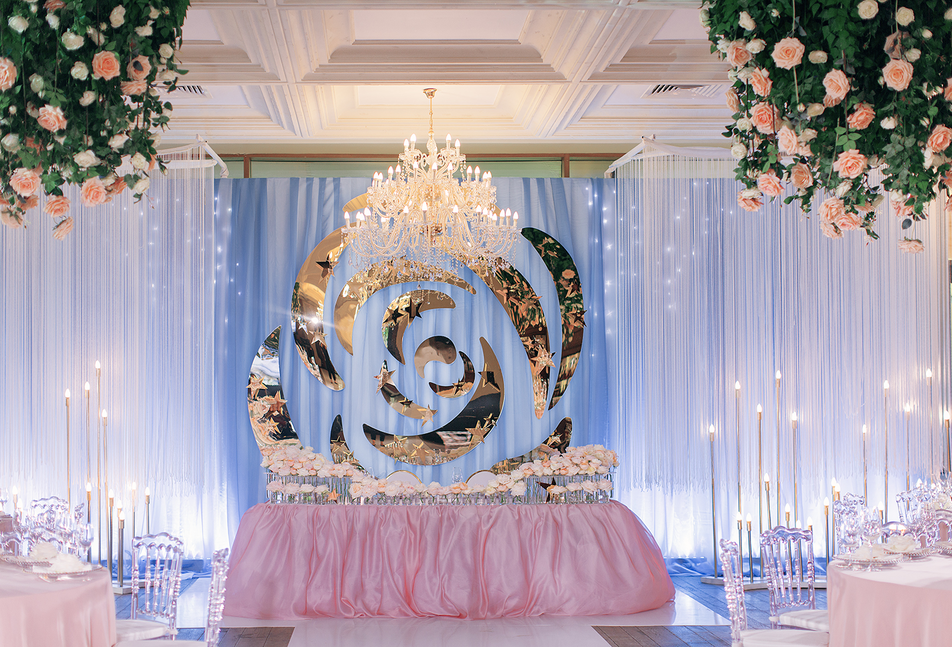 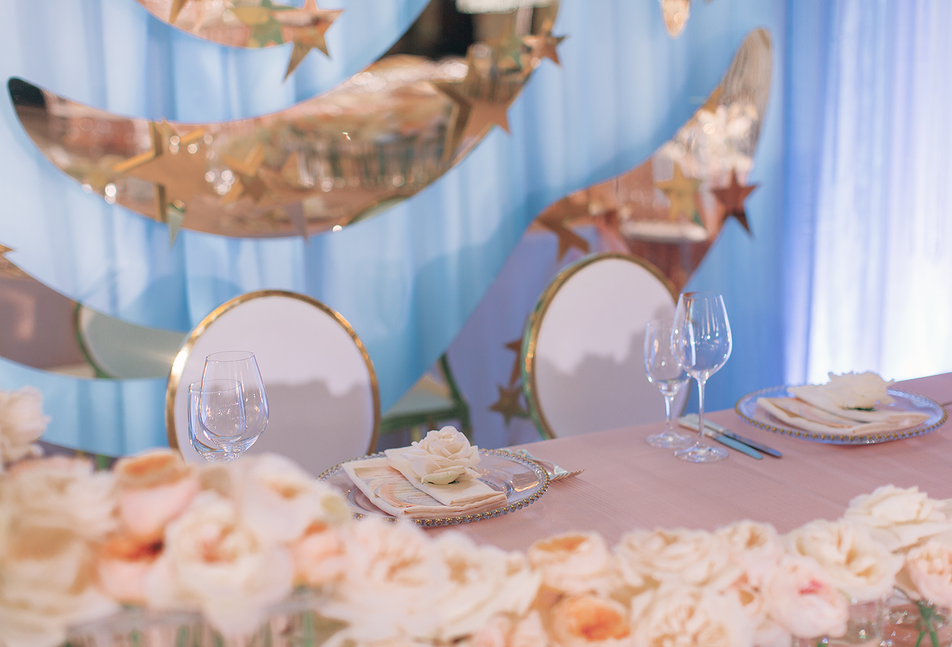 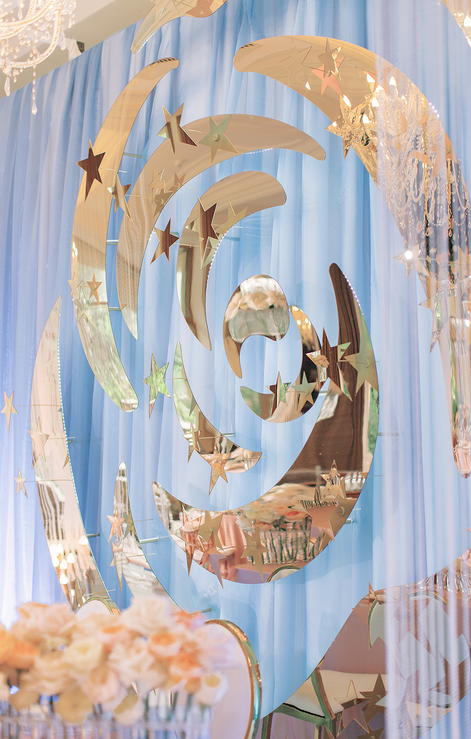 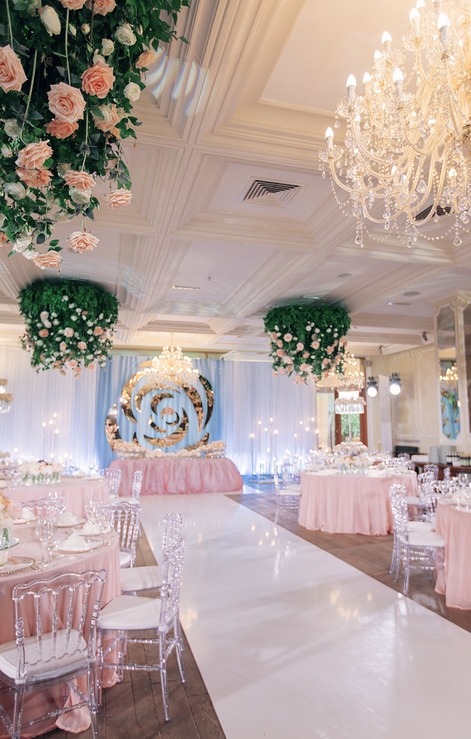 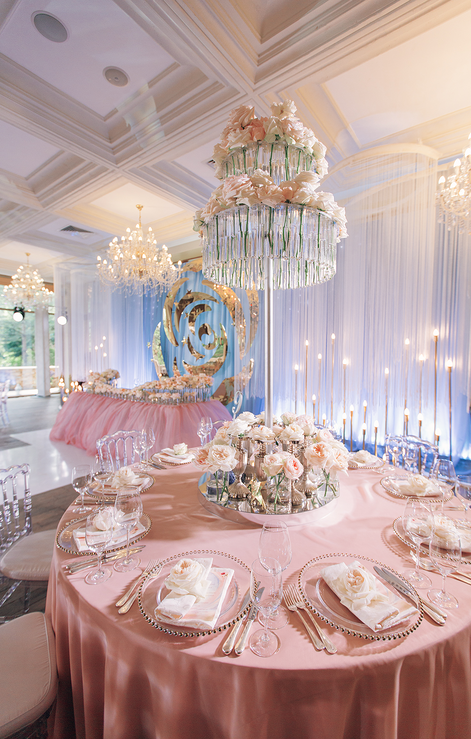 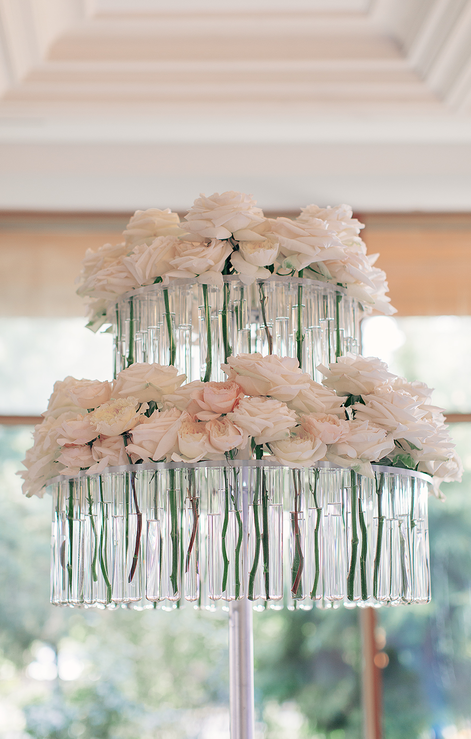 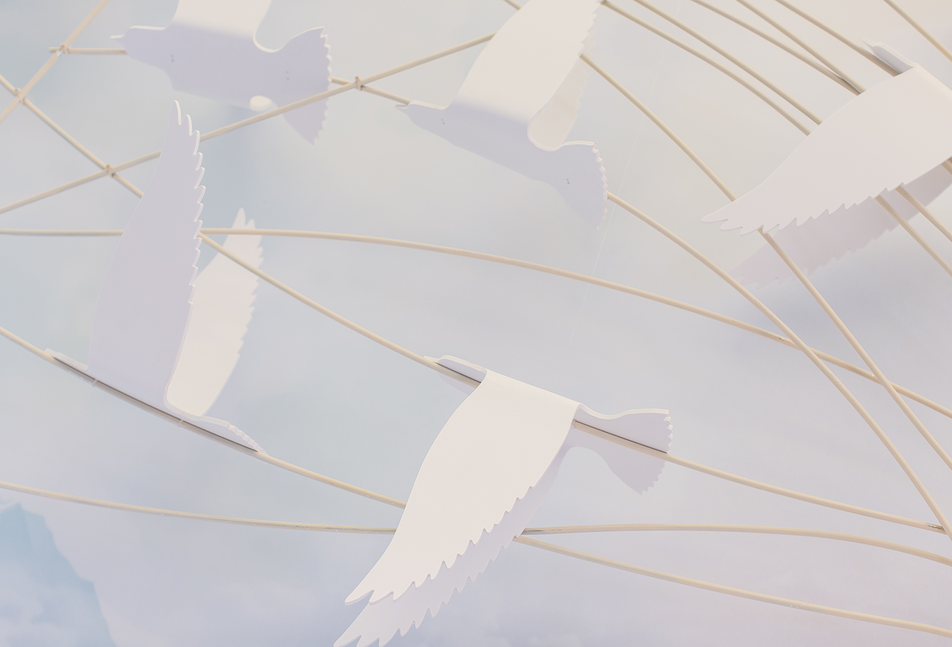 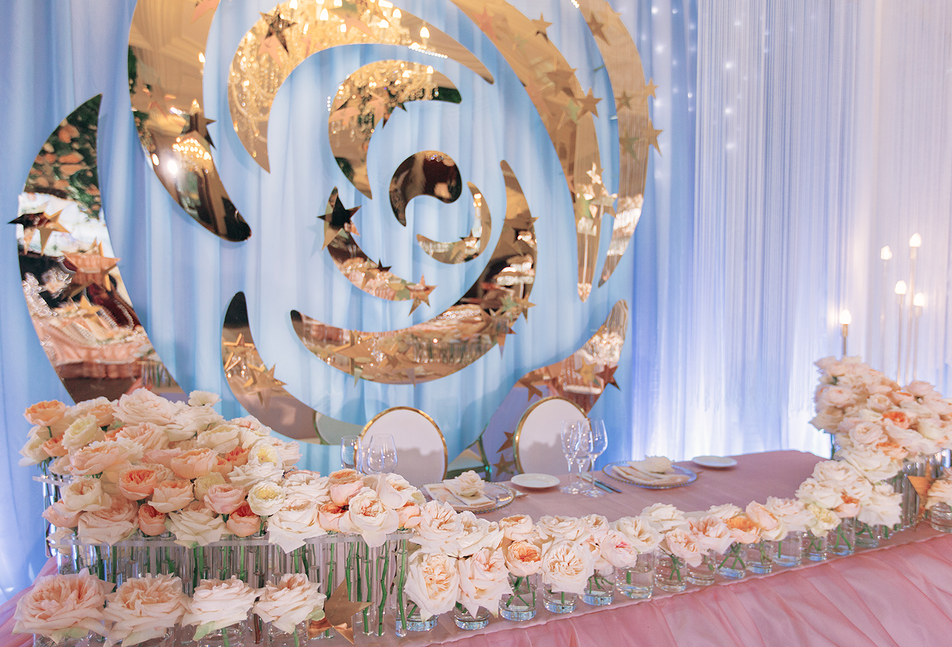 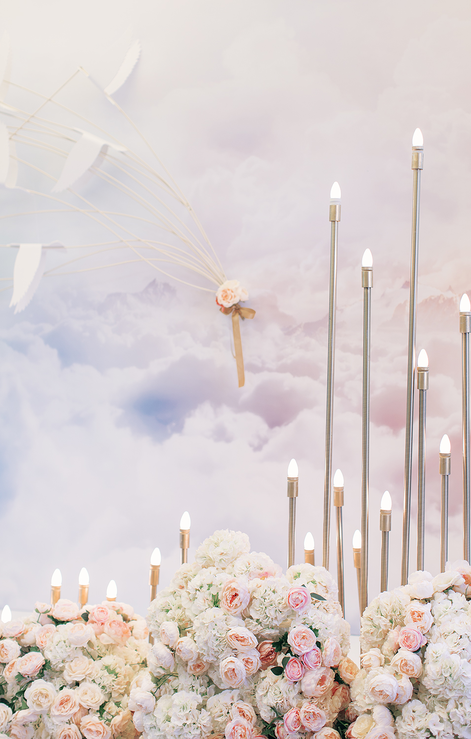 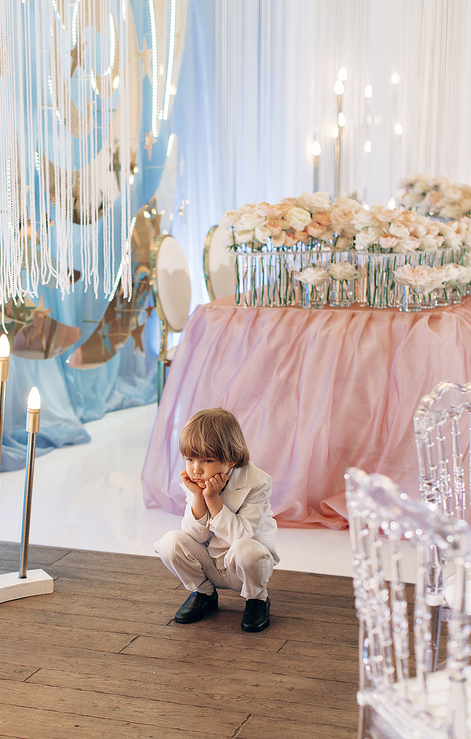