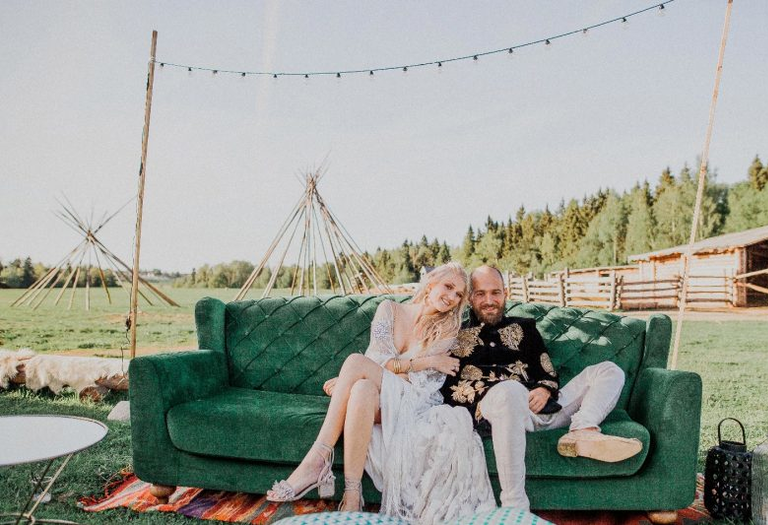 Every year, the desire of newlyweds to make a wedding not like everyone else, to find something unique, which has not yet been seen at other celebrations, grows with geometric progression. It’s a good thing the brides have us: those who always know what’s new! 🙂 Today you will learn what the former trends now give a soul, and what to hold a landmark on from the fresh!

Just beautiful weddings remained in the distant 2010s, when the main thing at the celebration was a lot of flowers (and if alive, it’s cool level of God at all!), an abundance of shows and various entertainment, which thoughtlessly spied on the wedding to surprise guests.

It doesn’t work in 2019-2020. The trend for unique weddings has gained momentum and requires consciousness in choosing every detail of the celebration: from invitations to the cake. The basis of the idea is the history of the couple, the reflection in the idea of their characters. But now it’s not the fashion of lavish festivities that make you sick, but the combination of the incongruous, the departure from strict adherence to the rules, the blurring of the boundaries of one style.

Example: stereotypically, wooden lofts are chosen in the style of boho, rustic, eco… But a magnificent wedding with a pompous decor and rich floristics in it looks much more interesting. Take a classic elegant wedding and add some neon, geometry or non-standard floristics – this is an example of the combination of incongruous and erasing the boundaries of style. 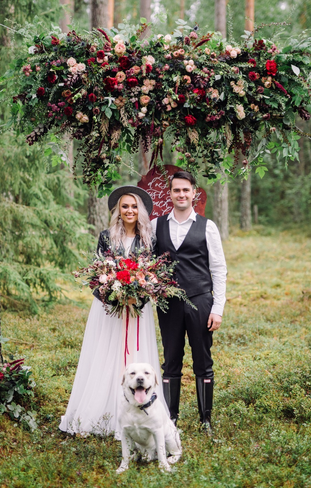 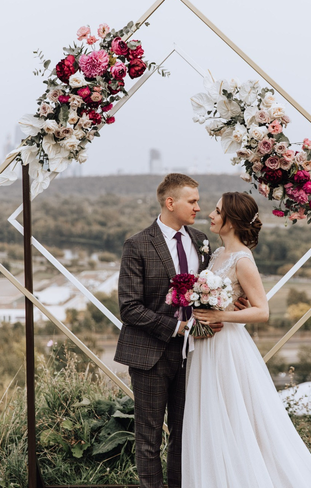 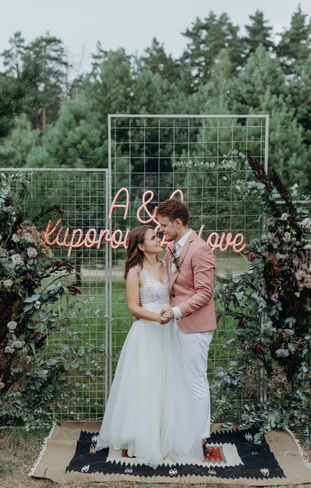 2. Classic VS ceremony Director’s away ceremony

We can say that the trend is unpredictable! If the guests go to the ceremony, they already know that +/- 30 minutes and everything will end, that they will sit on the chairs lined up in two flanks, will see how the groom leaves, then the bride and her father, the registrar will make a speech, the newlyweds will exchange vows and complete all the light buffet. 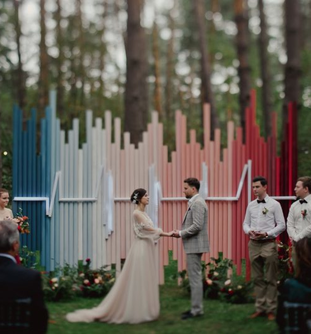 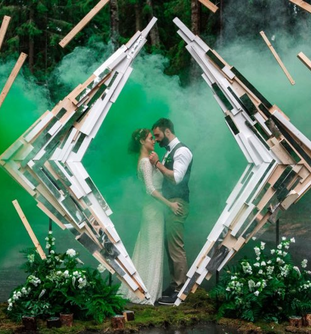 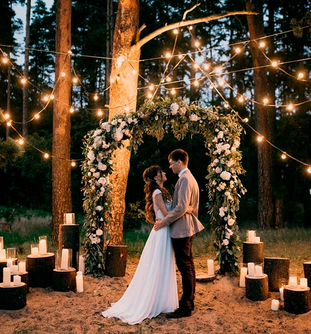 Lightness, convenience and ease are the slogans of new, fashionable weddings. This trend should be seen in everything: from the images of newlyweds, to the morning training camp of the bride and groom, photo shoot, wedding entertainment.

About the images. How was it before? A perfect bride and groom to a string, just the happiness of a perfectionist. Neither hair is knocked out of the hair, and the porcelain-powdered face expresses one emotion: it is scary to move the mimicry, so that nothing spoils! Today, a slight carelessness in the images is welcome: the bride can wear a casual style jacket or a black leather suit, rather than a white cape or bolero matching the tone of the dress, as it used to be a sin. From accessories and elements – feathers…shimmering stars right on the dress or even in makeup, pompoms and sequins.

Speaking of stars! We don’t know how long this trend is going to last. But while he’s at the peak! And if you’re about to get married, take note of the idea. 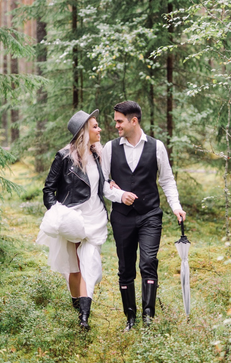 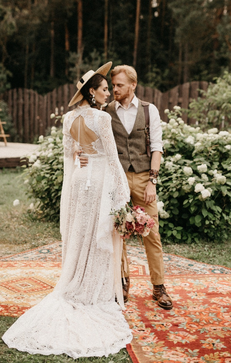 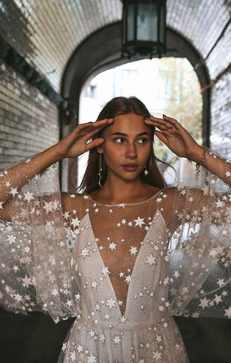 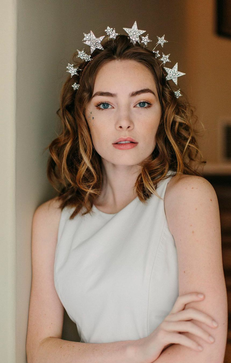 About the morning training camp for the newlyweds. Instead of a photo shoot in the walls of a chic hotel came the soulful and real charges. At home, with parents, siblings and a dog. And let the interior of the house be so much the same, not luxurious, the main thing – sincerity! Or a crazy gathering in the form of a pool party or something like that. There are many variations, the essence is to do what you really want to do!

About the photo shoot. Trend photography is a lifestyle photo: a beautiful classic + live report. The feature of such shooting – relaxed poses, cozy shots, ease in every centimeter. There’s no pompous posture and natured faces. Just the thrill and pleasure of every minute of the photo shoot. 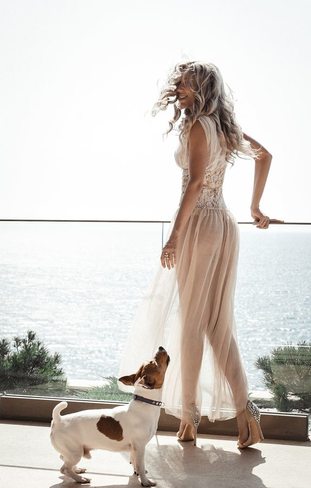 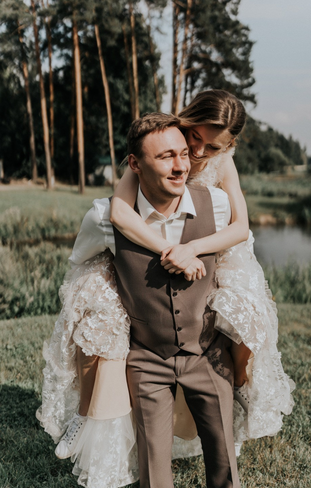 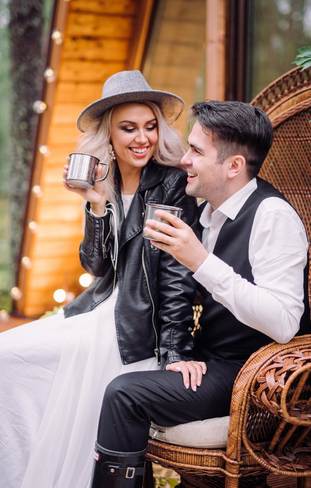 4. VS flower bed Decor without flowers

In the trend, conscious consumption and careful attitude to nature. The flowers
in the slice are
replaced by
flowers in pots. Wedding arch is not only that ceases to
be an arch, but also ceases to be a flower arch!

In a fashion not banal designs
, author’s vision, futuristicity.

Thus, the “arch” can be a door
, pillars, installation of the Balinese temple, huge flowers and more 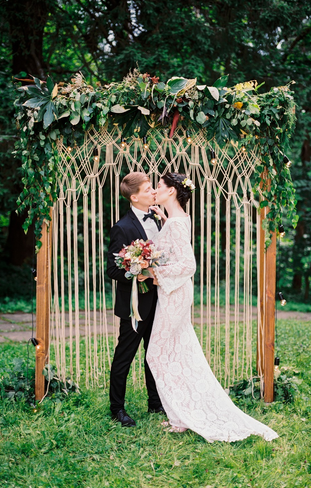 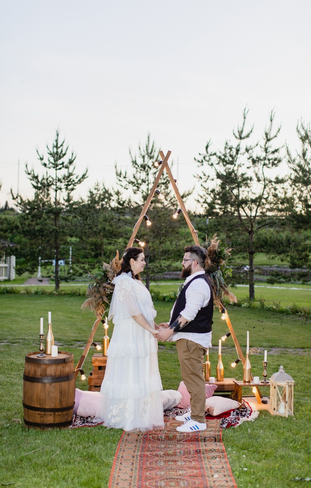 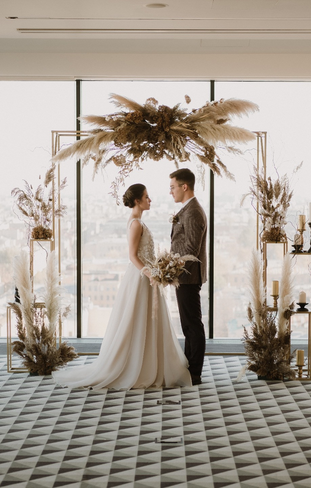 For a decor it is fashionable to use that was not used: pampas grass, moss, ivy, flax, forged details, florariums … Instead of the tired live flowers look closely at dried flowers. Even the decoration of cakes with fresh flowers is now considered to be a mowetone. The alternative to them is futuristic figures, use of non-standard materials, watercolor painting. 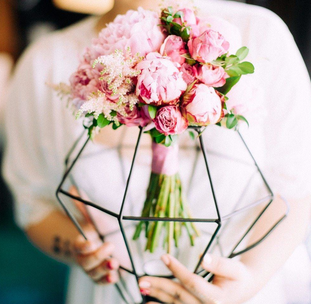 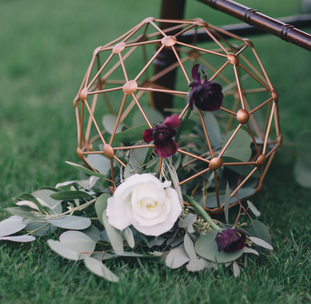 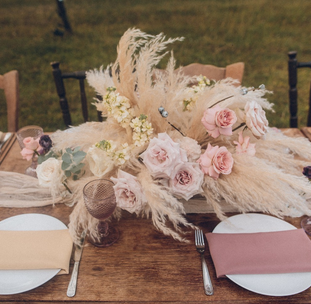 About the bride’s bouquet. Returning to the topic of conscious consumption and sprinkling it with the desire to be in the trend, give up the magnificent bouquet of the bride in favor of … one, but a big flower! Unexpected, isn’t it?! If you are not ready for it, there are other fresh tendencies: a small neat bouquet or a bouquet of dry flowers and grass, as if this is just ripped off the field and not in order. 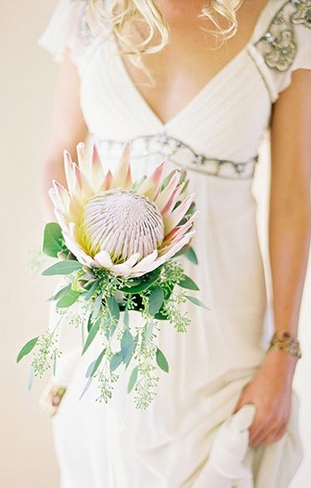 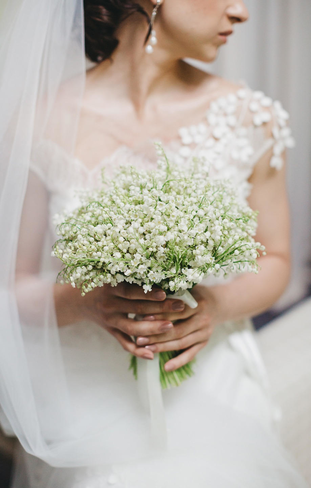 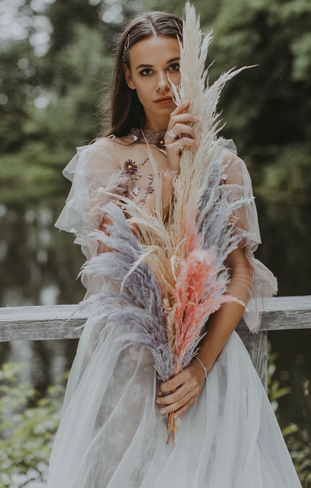 It used to be necessary to call the family of Aunt Rai from Voronezh and Uncle Koli from Uryupinsk to show how happy you are, how expensively-rich you play the wedding and call 300 people to it!

Chamber festivities aren’t just fashionable. It’s kind of honest and real. Only invite those you want to see to the party. There may be 20 or less guests, but they’ll be loved ones. And yeah, that sounds a little cynical, but the more mouths, the more expenses. It is better to save money from extra guests buy gifts for each loved one, which will be handed over at the festival. No one would expect such a turn! 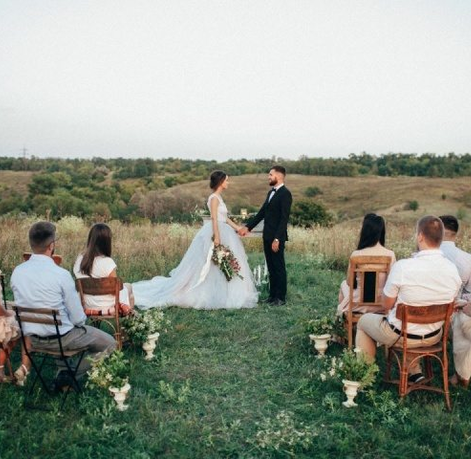 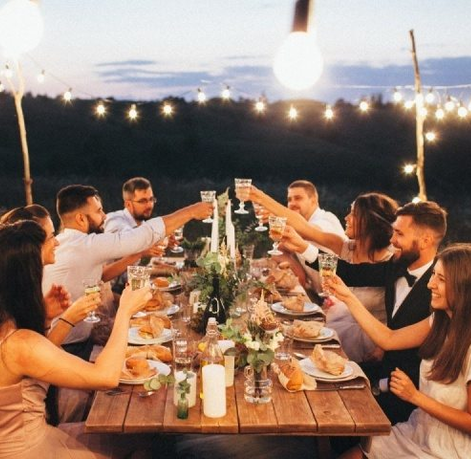 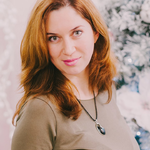 Tonight’s celebrations are something bright and bold! It’s an opportunity to say, “I want to do this,” not go down a pattern path. A good wedding is not like any other wedding. And this is not about a multimillion-dollar decor and celebration in a top restaurant to surprise guests. No! Ponts and dusting in the eyes – not in the trend at all

There’s a trend for conceptuality in everything. It’s when guests leave the party and say, “The wedding was wow! “It reflected the essence of the newlyweds so much!” I’m not saying that stylized celebrations aren’t played. Playing, but getting new colors and shapes. Tonight you won’t find a turquoise wedding, a Gatsby wedding… The world is changing and the outlook is getting wider: advanced and intelligent couples prefer artistic weddings in a new interpretation, and they are looking for inspiration in the works of great artists, including, not at all, wedding, like EttaVee.

The attitude to the wedding itself is changing: before it was played for guests and parents, now – for myself, for the soul! And that’s a trend too!

Photo of the announcement and the first in the article: Tatyana Shakhunova-Anischenko, Ivan Troyanovsky